Attorneys in the Firm are all members of the State Bar of Michigan and Bay County Bar Association. Memberships are also maintained in the Northeastern Michigan Estate Planning Council, and a number of specialty sections and committees of these associations consistent with areas of concentration. Through those memberships, a wide variety of legal publications and periodicals are reviewed. The Firm also maintains an extensive on-line and physical law library.

Each member of the Firm attends several continuing legal education seminars annually and keeps abreast of the changes in law and procedure through daily review of professional periodicals, current judicial decisions and new legislation, as well as access to county and state governmental units and courts via the internet. 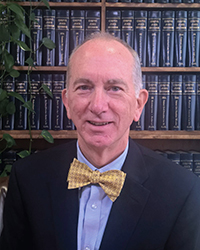 Mr. Birchler received his undergraduate degree (with distinction) from the University of Michigan in 1975. After graduating from the University of Michigan Law School he joined the Firm in 1978. Mr. Birchler's primary areas of law practice include creditors' rights, including bankruptcy and litigation, commercial law, business formation, representing landlords, estate planning, probate, and real estate, including condominiums. Mr. Birchler serves on the Board of Directors of the University of Michigan Club of Bay City (Scholarship Chairman, past President). He also serves on the Boards of the Bay Area Chamber of Commerce and the Bay Arts Council and the Friends of the Historic Masonic Temple of Bay City. He is a past president and active volunteer for the Dow Bay Area Family YMCA. He is active in his church, currently serving as a cantor and choir member. He performs regularly with the 60’s rock band The Paisley Fogg. 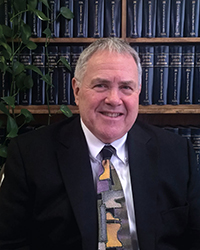 Mr. Fitzhugh is a native of Bay City, Michigan. He graduated from the University of Michigan and the Detroit College of Law. He was admitted to the bar in 1973, and joined the Firm in 1983. Mr. Fitzhugh's practice emphasizes the organization, operation and taxation of businesses, individual tax and estate planning including the preparation of wills, trusts, powers of attorney and other estate planning documents, estate (probate) and trust administration, and real estate law. He has participated in numerous community activities, including the Bay Area Community Foundation (past President), Bay County Historical Society (past President), The Music Society of the Midland Center for the Arts (past President), The Midland Center for the Arts (board member), and the Bay City Rotary Club. He currently serves on the Board of First Merit Bank. His avocations include competing in marathons and triathlons. 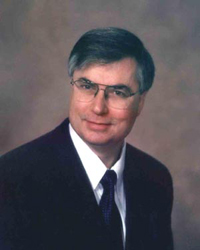 Mr. Purtell was born in Pinconning, Michigan, and worked in the family restaurant and ice cream store. In 1975, Joe graduated (magna cum laude) from Michigan State University, with a B.A. in Economics. At MSU, he was admitted to Honors College, Phi Beta Kappa, Omicron Delta Epsilon (Economics Honor Society) and Sigma Delta Pi (National Hispanic Honor Society). In 1978, Joe graduated from the University of Michigan Law School. Joe Purtell works in the areas of bankruptcy, real estate, landlord/tenant, creditor/debtor rights, foreclosures, lien law and wills and trusts. From 1983-85 he was a U.S. Bankruptcy Trustee Panel member. As an Adjunct Professor at Delta College from 1993-2004, Mr. Purtell taught courses in Real Estate Law, Bankruptcy Law and Civil Litigation. Joe has presented seminars or educational presentations on landlord/tenant law, foreclosures, bankruptcy, the uniform commercial code and commercial transactions. He has served on various Boards, including the Bay City Downtown Development Authority (Chairman, 1989-1990), and the Downtown Management Board (Interim Chairman, 1990). 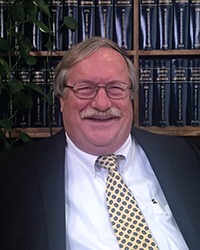 Mr. Brissette is a native to Bay City. He graduated from John Glenn High School in 1969, the University of Michigan in 1973, (School of Music, Theatre & Dance), and the University of Detroit School of Law in 1976. From 1976 to 2014, he practiced law at Seward, Tally & Piggott, P.C. in Bay City. He has served for six years on the State Bar Representative Assembly, four years on the Bay County Bar Association Board of Directors and one year as Bay County Bar Association President. He has served on numerous local boards and is the past president of Bay Concert Band and past president of Midland Concert Band. He has appeared in numerous theatrical and musical performances in Bay City, Saginaw and Midland. His current hobbies include playing trumpet in many groups and a little bit of golf. His primary practice areas include Real Estate, Estate Planning, Probate, Business, Litigation and Personal Injury. He also handles divorce and criminal. He is certified by the Institute of Continuing Legal Education (ICLE) in Estate Planning.

The Firm evolved from an association of Lloyd W. Bartlett and Robert H. Johnson in the practice of law in 1945 with offices in Bay City’s Phoenix Building. In 1946, they were joined by David L. King. The three continued their association under the firm name Bartlett, Johnson & King until the untimely death of Mr. Johnson in 1951.

Richard C. Learman joined Messrs. Bartlett and King in 1954 and the three practiced under the name Bartlett, King & Learman. In 1956, the Firm moved its offices to the former Mutual Savings Building at Washington Avenue and Sixth Street in downtown Bay City. The ensuing 15 years saw the addition of William E. Peters and Robert D. Sarow as partners in the Firm, as well as the death of the founding partner Lloyd W. Bartlett in 1972. David L. King retired as a partner of the Firm in 1978 and passed away in 1982.

In 1977 the Firm designed and built its current office building at 900 Center Avenue at Van Buren Street in Bay City, enabling it to move from the Mutual Savings Building to its current location.